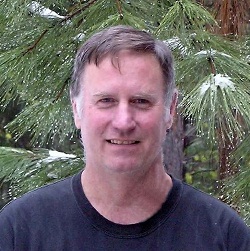 Rod Fountain, a 20-year member of Fire District 9 at Lake Wenatchee, has retired after serving the last five years as Chief of that department. Rod is a native of Long Beach, California, and served 21 years in the U.S. Air Force prior to his arrival in this area. During his tenure as Chief he has been recognized as Firefighter of the Year of his department, received the Fire Service Support Award from Rivercom in 2012 and has been recognized for his continuing support of the Smokey Bear program by the U.S. Forest Service.  Rod was also the department mechanic for all of his twenty years of service. Under his leadership the department was able to purchase and equip two new fire engines, a new rescue vehicle, two new water tenders and two new command vehicles. Rod\’s wife JoAnn also served the department faithfully for twenty years as member and President of the Fire Department Auxiliary which annually raises significant amounts of money for District equipment and programs in their Labor Day garage sale and Christmas bazaar and pancake breakfast.  Rod was a respected and integral member of District 9 for many years and will be missed immensely. He will be joined in retirement by Lt. Cliff Barnhill, a 22 year veteran of the department. 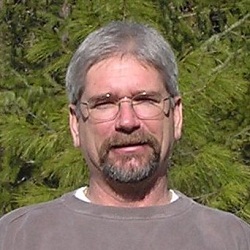 The Commissioners of Fire District 9 have appointed Mick Lamar, a retired career firefighter and 7 year member of the department, to be the new Chief of District 9.  Mick and his wife Trish moved to the Plain area in 2005. Mick will be assisted in his duties by Assistant Chief George Hiteshew, also a retired career firefighter who joined this department in 2006 when he and his wife Linda retired to the area.  Mick and George both retired as career firefighters at the Whidbey Island Naval Air Station and both also served as volunteers in Island County Fire District 2 during their careers. Their long years of experience in the fire service and crash/rescue operations will be a great asset to the Lake Wenatchee/Plain/Chiwawa community. 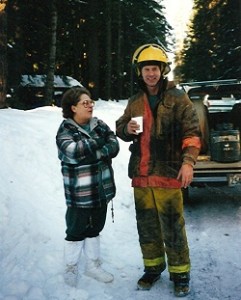 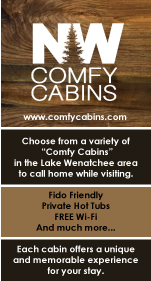