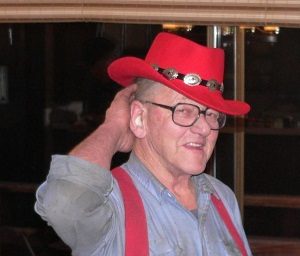 A Celebration of Life will be held on Saturday, May 20, 2017, at the Lake Wenatchee Rec Club at noon. This will be a potluck, so please bring your favorite dish.

Bruce’s Obituary:
Bruce L. Dickinson, 80, a pioneer of Lake Wenatchee, passed away at his home with his wife, Barb, at his side on March 5, 2017.

He wa born April 13 1936 to Lawrence and Marie (Brown) Dickinson in Leavenworth, WA. He lived his entire life at Lake Wenatchee and attended school in Lake Wenatchee and Plain, WA, finishing his schooling at Leavenworth High School, graduating in 1954. He married Barbara Hall on June 5, 1958. They celebrated the births of their four boys in the first five years of their marriage. He was a member of the Lake Wenatchee Grange for 50+ years and the Operator/Engineers Union. He worked for Ideal Cement at the rock quarry up Little Wenatchee River in the late 50s. He started Dickinson Repair in 1967, doing excavation work. He later established Two Rivers, Inc. with Don and Jean Booth in the mid 70s. Their main business was logging, excavation and surveying. In 1982, Bruce and Don Booth then started Two Rivers Sand & Gravel, Inc. along with Bus Bertram. He later bought out his partners in Two Rivers Sand & Gravel and brought his sons into the business. Two Rivers Sand & Gravel has been operating for 35 years with Bruce working daily, until his death. Bruce loved downhill skiing, hiking, camping, waterskiing, snowmobiling, western books, horseback riding and especially horse camping in the high country with his brother, Byron and his best friend, Dal Hope.

Bruce was preceded in death by his brother, Leland; parents; grandson, Danny, in 1982; and son, Brian, in August of 2003. He is survived by his wife of 58 years, Barbara; brother, Byron (Pat); sons: Michael (Kari), Kurt (Peggy) and Chris (Becky); grandchildren: Alisha, Summer, Drew, Aubrey, Anna, Jon, Samantha, Melissa, Joshua, Kristi; and eight great-grandchildren. Our husband, father, grandfather, and great-grandfather was the patriarch of our family and toughest man we have ever known. His stories, wisdom and love will be greatly missed.

Bruces Celebration of Life will be held on Saturday, May 20, 2017, at the Lake Wenatchee Rec Club at noon. This will be a potluck, so please bring your favorite dish. 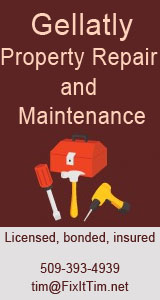