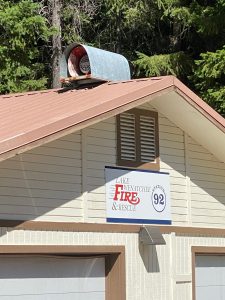 Lake Wenatchee Fire and Rescue have reactivated it’s Fire station sirens in the Ponderosa and in Chiwawa Pines neighborhoods to act as emergency evacuation sirens.

Last year the Department took part in an educational review of the 2018 “Camp Fire” that all but erased the town of Paradise California from the landscape. That fire resulted in 85 civilian deaths and the destruction of 95% of all structures in the town of Paradise. In the after-action review of that fire, it was noted that Paradise and the rural area of Concow received no warning of the approaching fire. Loss of power, destroyed cell towers, and an overwhelmed 911 system caused a collapse of the emergency alerting system that failed to reach 94% of all residents.

Lake Wenatchee Fire and Rescue took this information and sought out grant funding to create an alternate early warning system similar to tsunami warning systems. These systems are effective but exceptionally expensive, and the Department was not successful in its first attempt at grant funding.

Looking at what resources the Department did have, we had two old station sirens that were once used to announce fire calls. Both sirens were located in vulnerable communities with limited evacuation routes. The Department decided to repurpose those sirens and added advanced controllers. The modern electronics added would allow RiverCom dispatch or a local Incident Commander to activate them remotely, individually, or together, at any time. All this became something we could accomplish for under $8,000.

The sirens sound very much like an air raid siren. They can be heard for approximately a one-mile radius from the stations. In the event of an imminent threat to the community, they will sound continuously for 20 minutes. They will only activate and sound for what are considered level 3 “Leave now” evacuations. Over the coming weeks, area residents will receive additional education and evacuation route notifications from Lake Wenatchee Fire Adapted Communities. As of Aug 5th, the sirens are installed and functioning. In the future, after this fire season is complete, some additional testing of the sirens will take place. At that time, community residents will be warned far ahead of time of a practice activation. 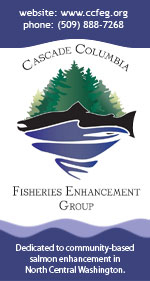