The First Skiff of Snow By Sally Kane

Lake Wenatchee resident Rollie Schmitten will present a history of the Lake Wenatchee area at 7PM on Thursday, November 17th,  at the Barn Beach Reserve at 347 Division Street in Leavenworth.  Rollie’s family has been in the timber and fruit industries in the Cashmere/Lake Wenatchee area for many years and it was the Schmitten family that donated much of the land that is now the Lake Wenatchee State Park. Rollie grew up in Cashmere, was a city councilman there, a state legislator, Director of the Washington Department of Fish and Game and Director of National Marine Fisheries Service in Washington DC before retiring to Lake Wenatchee.  He is currently a Commissioner of Lake Wenatchee Fire and Rescue and just completing his service as the United States delegate to the International Whaling Commission. Rollie knows our history well and is pleased to have this opportunity to share it. Admission is by donation.  (Pictured: The Kane boathouse on Lake Wenatchee) 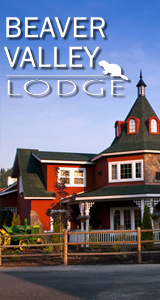