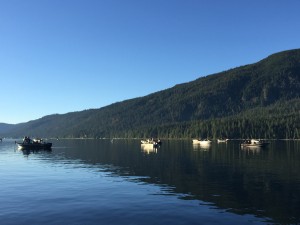 This years Lake Wenatchee Sockeye season opened with a bang Thursday morning in spite of the short notice, 100 boats worked the lake from sunrise. Unofficial catch counts were reported as 90% limits with 3 fishing per boat, thus 900 sockeye were caught on opening day. There were fewer boats out on Friday morning and it was much more work to catch a limit.

Don’t plan on sleeping in with the windows open, first boats headed past the east end of N. Shore at 4:15am (no need to go that early, bite doesn’t start until closer to 5:45) The fishing hint everyone on the lake has learned this years is the fish are deep, 65+.

Rule compliance has been good, make sure you quickly release Dolly Varden / Bull trout a number of 6 lb plus Dolly’s have been caught and released especially up near the White River and Little Wenatchee inlets. The season should last another week, we will announce if it shuts down, there will undoubtedly be short notice.

Praying for wind again would help as the water has warmed back up in the river and the the fish have stopped coming up the river as of now. 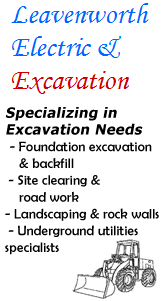