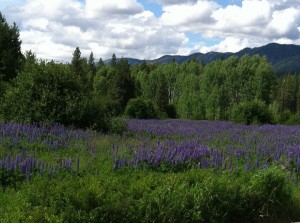 The Wenatchee Chiwawa Irrigation District’s July 14 meeting will include discussion of this fall’s board member election process — a discussion that has not happened in recent memory. The district, which encompasses 1,300 acres and includes 411 property owners, is governed by three board members, each serving three-year terms, according to the bylaws. One position is up for election each year, with elections held in November for terms starting in January.

Current board president Dick Fritz is completing his third year in office,
so his position is up for renewal this year. Byron Newell’s position is up
for renewal next year and Albin Moore’s the year after that. Newell has
been on the board since 2004 and Moore since 1999. Fritz replaced Dennis
Pobst who had stepped down in 2012 after 20-some years on the board.
WCID Secretary Jan Hudson, whose husband Mike Hudson is the ditch manager,
said at the June 9 meeting that she will present information on the
nomination and election process at the July meeting.
In the past, she said, the nomination process has required those
interested in applying for an open director position to submit a petition
with 20 signatures of WCID members. Those nominations will be due in
August.
Ballots will then be mailed to district members. Returned ballots will be
counted in November.
Hudson said she will be asking for volunteers to serve on a committee to
help count ballots.
The district’s policies and bylaws outline the election process, she said,
but details such as whether the nominee must live in the district full-time
or whether those signing the petitions must represent different parcels
need to be researched.
It also is not clear how the ballots are counted — one vote per parcel,
per acre or per person.
Those details will be clarified for the July 14 meeting, she said.
Wenatchee Chiwawa Irrigation District board meetings are at 7 p.m. on the
second Tuesday of the month at Burgess Hall, next to the Plain Community
Church, 12565 Chapel Drive, Plain.