Leavenworth – The Wolverine Fire continues to burn on the Entiat Ranger District adjacent to the Wenatchee River Ranger District but fire behavior has moderated somewhat with recent light precipitation and cooler temperatures.

While there is still a possibility of the fire’s expansion to the Wenatchee River Ranger District and a potential for spread into the Chiwawa basin, the larger area closure of National Forest System (NFS) lands north of Highway 2 from Stevens Pass to Wenatchee is being lifted due to the current reduced threat.  The White River, Little Wenatchee and most areas north of Highway 2 will be available for recreation again today.

A forest closure will remain in effect, however for the Chiwawa Basin and NFS lands in the area north of the Chiwawa Loop Road, east of the Beaver Valley Hwy and Chumstick Hwy to Merry Canyon and north of a line running from the Bonneville Power Administration powerlines  to French Corral junction on the Forest Service Road 5200 on Entiat Ridge north to the Cascade Crest.

This action is being undertaken as a precautionary measure due to unpredictable fire behavior in the area and the potential difficulty in evacuating this area in the event of new fire spread.   Local Forest Service officials, in conjunction with the Wolverine Fire Incident Management Team continue to evaluate further potential impacts in this and adjacent areas.

While most areas of the Okanagan-Wenatchee National Forest are still open for recreation, there is still a ban on all campfires everywhere on the forest.  It is imperative that forest visitors follow this direction as fire danger is very high and any new ignitions have the potential to become large fires and fire suppression resources are stretched thin due to the large number of fires. 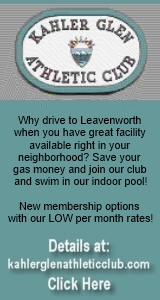